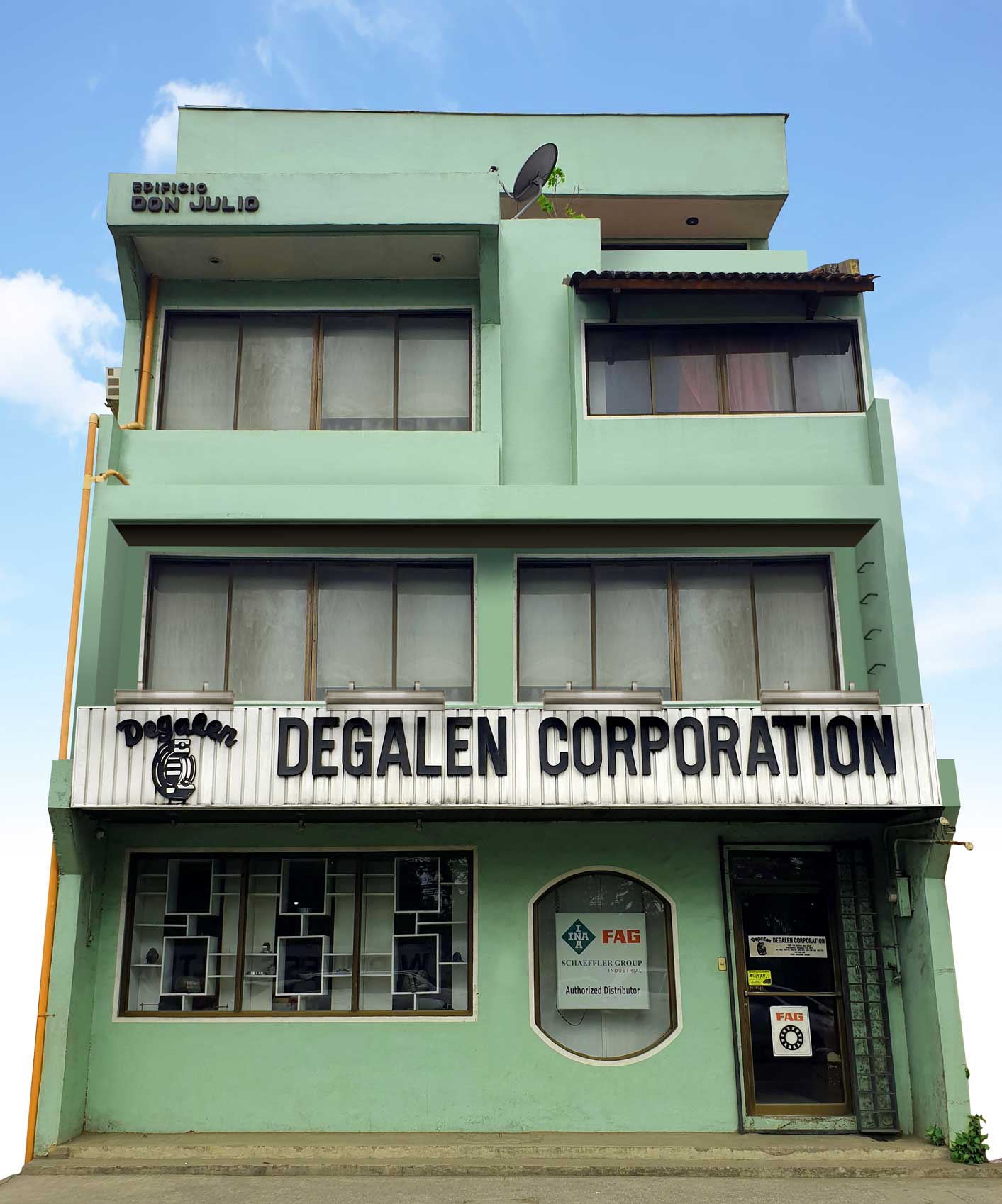 DEGALEN CORPORATION had its humble beginnings as a single proprietorship. Then just two months newly married, the couple Miguel del Gallego and the former Maria Elena Galan started Delgallego Enterprises from their house last July 1, 1974. Within 3 months, an office and a bodega were rented, and a secretary and a driver/delivery man were hired.

As sales increased, Degalen Corporation was organized and registered with the SEC on February 11, 1981.

A branch was established in Bacolod last July 1, 1990 to serve primarily the sugar centrals in the Negros and Panay areas.

As a major bearing and supplier and related mill supplies, Degalen has substantially contributed to the maintenance of vital industries in this part of the country. The company is one of the few suppliers in the Visayas and Mindanao who would serve its clients’ emergency orders even after office hours. It has received various commendations from Industrial and Shipping companies for this emergency service.